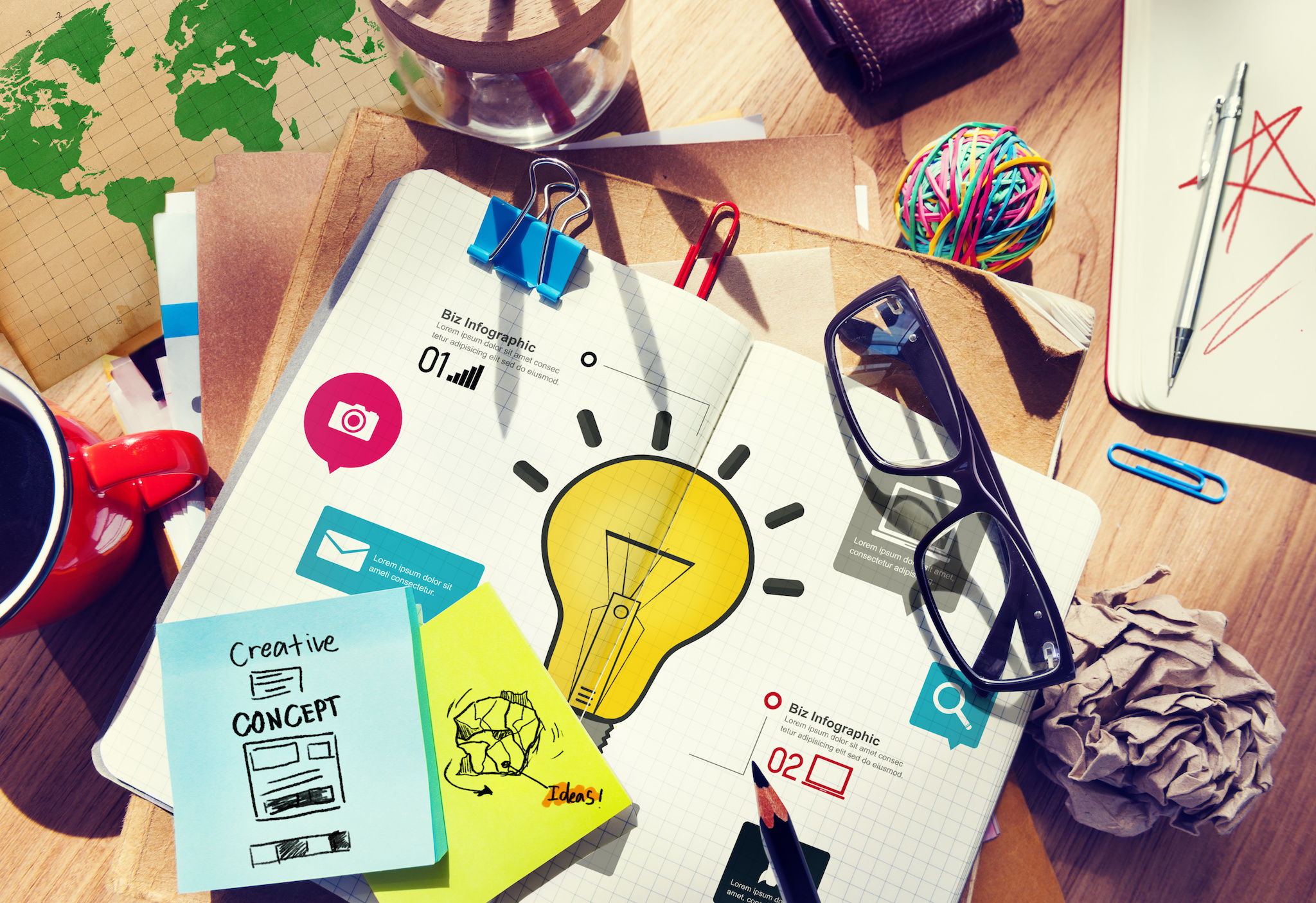 3 Creativity-Boosters To Make Your Business Succeed

What do Bill Gates, Mark Zuckerberg and Warren Buffet have in common? They are rich, yes. But how did they get there? Hard work? Sure. Determination? Probably. Luck? Maybe. But most of all: they use creativity as a business tool.

In fact, 82% of companies see creativity as the driving force in making a business successful. A study by Adobe and Forrester Consulting found that “companies that embrace creativity outperform peers and competitors on key business performance indicators, including revenue growth, market share, and talent acquisition.“ Outperforming our competitors: that’s what we all want for our businesses. Solving a problem or creating the next hype – creativity is precious. But how to get creative on the spot?

How To Get Creative On The Spot

First the bad news: You never know when a great idea will hit you. It might be in the shower, or while walking the dog – or, more often than not, it might actually be at the office, while working on your problem. But here comes the good news: you can learn to be creative. It’s true: you will never know when great ideas come; but you can nurture the ground to make them grow. 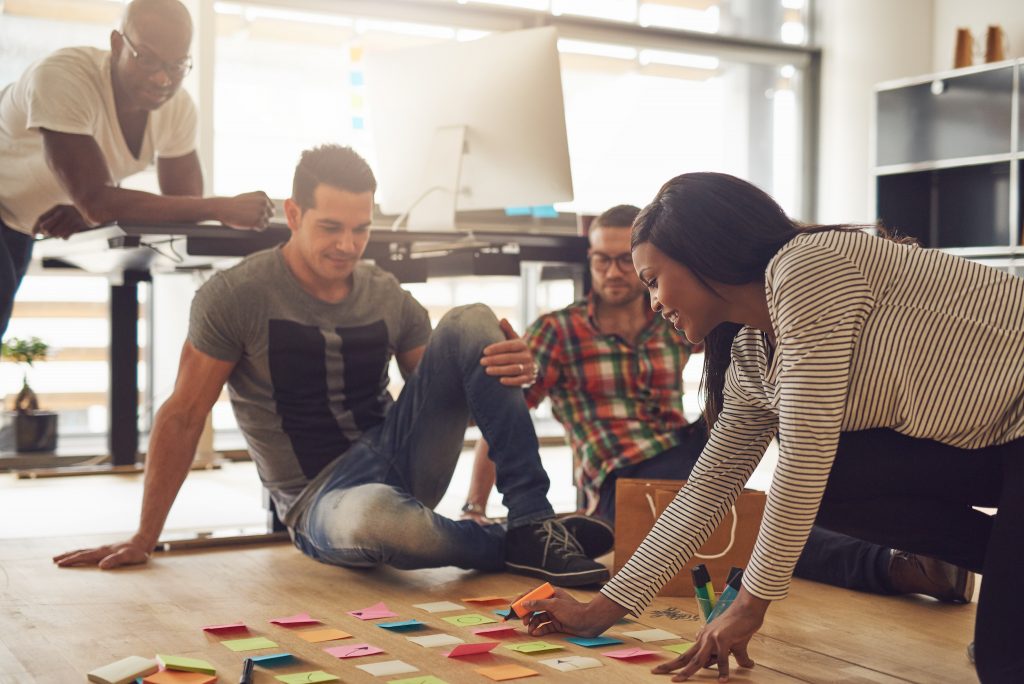 How to get creative on the spot? It’s not that hard – but you have to be bold. (Photo by stock.adobe.com | UBER IMAGES)

Lateral Thinking And Your Business

As any professionally creative person knows, there are techniques to boost creativity – and they are very effective. Good ideas rarely happen out of the blue. They require time and patience, and a certain openness of mind – a phenomenon that the famous psychologist Edward de Bono calls lateral thinking. Lateral thinking is the opposite of logical, critical thinking. Instead of getting from one point to the other, it allows your mind to move in all directions, to and fro. It’s less about stating facts, looking at what is, and more about what can be. The challenge of lateral thinking is to get rid of your inner censor, the goal is to get new perspectives on existing things. De Bono and his peers have developed several techniques to activate your brain’s ability to think laterally.

No worries, I won’t bore you with the good old brainstorming technique, where you write down any idea – ANYTHING! – that you can think of on a given topic (although I personally find it very efficient). I have something much more sophisticated – and fun! – for you: 6-3-5 Brainwriting.

This is a group technique that will make your team’s brains think faster (and better) than they ever did before. The rules are pretty simple: Six (or less) persons write down three ideas in five minutes. Once time is up, they pass their written ideas on to the person on their right, and the process starts again. Anything goes – there is no wrong or right, nor is there an ownership of ideas. Everyone is free to use their partner’s thought and spin it on, and on, and on. This way, you will generate 108 ideas in 36 minutes; and at least one of those will be worthy to pursue.

This method is a bit more complicated – and it might feel unnatural to some participants. However, it can be a very effective tool for problem solving and innovation.

The premise the following: your brain has gotten used to thinking in certain paths. To create something new, you need to challenge these paths. 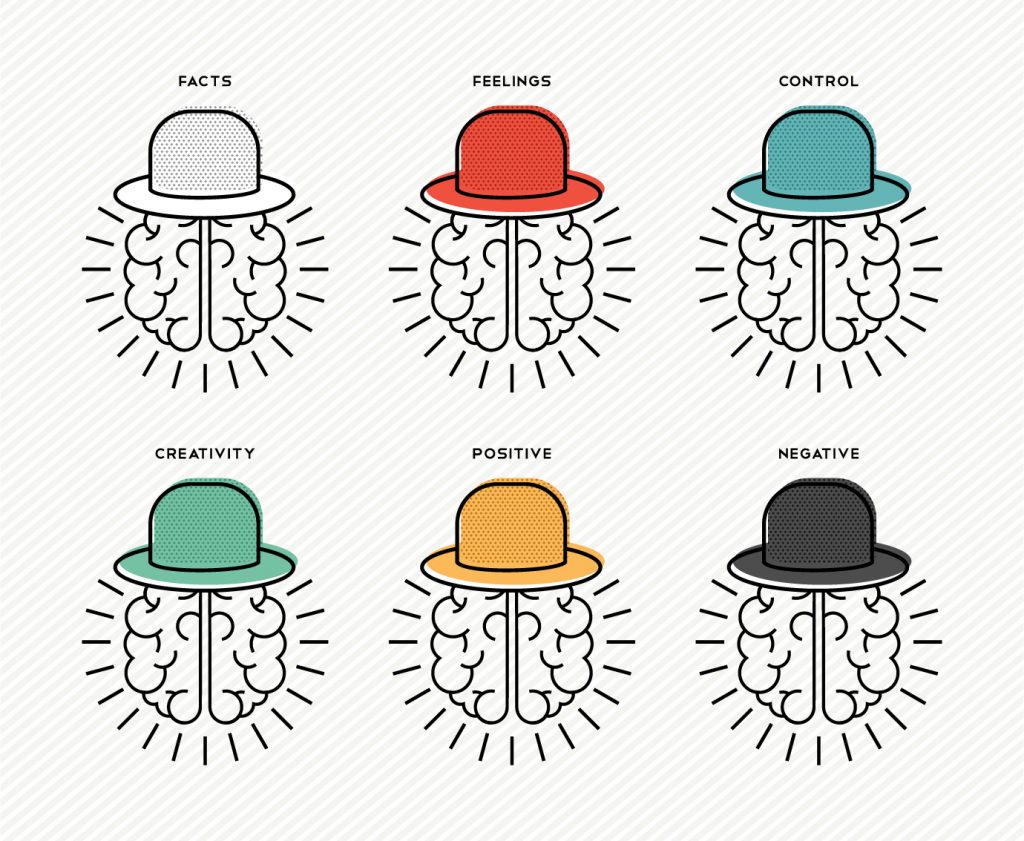 According to De Bono, there are six of these paths or directions, and each is assigned to a color: these are the six metaphorical thinking hats.

Over the course of a discussion, all of the participants wear the same hat at the same time, and look at a problem from the same perspective. After a certain amount of time, they change the hat, and thus collectively change perspective. The result: you will discuss a problem from all perspectives  – and realize how biased your own thinking has been.

The morphological matrix is a very analytic way to get creative. Basically, you tackle a problem by dividing it into its principal elements. Once you have identified these elements, think of all possible parameters for each element, creating a table. Say, for example, you need to invent a new flavor of ice cream. Until now, you have sold ice cream to small children, parents and teenagers – these are the elements. One parameter might be taste; its options sweet, sour or spicy. Another parameter is consistency, its attributes being chunky, soft or creamy. Now you combine these parameters and attributes in different ways, until you finally get the best possible solution to your problem.

There you go: your new kid’s ice cream will be sweet in taste, soft in consistency and bright in color – or maybe you want to spicen it up a bit? The decision is up to you – but with the morphological matrix, you will make connections that you have not made before.

That’s the real secret to creative success: dare to think thoughts through that have never been thought before.

Tell us: which is your favorite technique to get the creative process started?