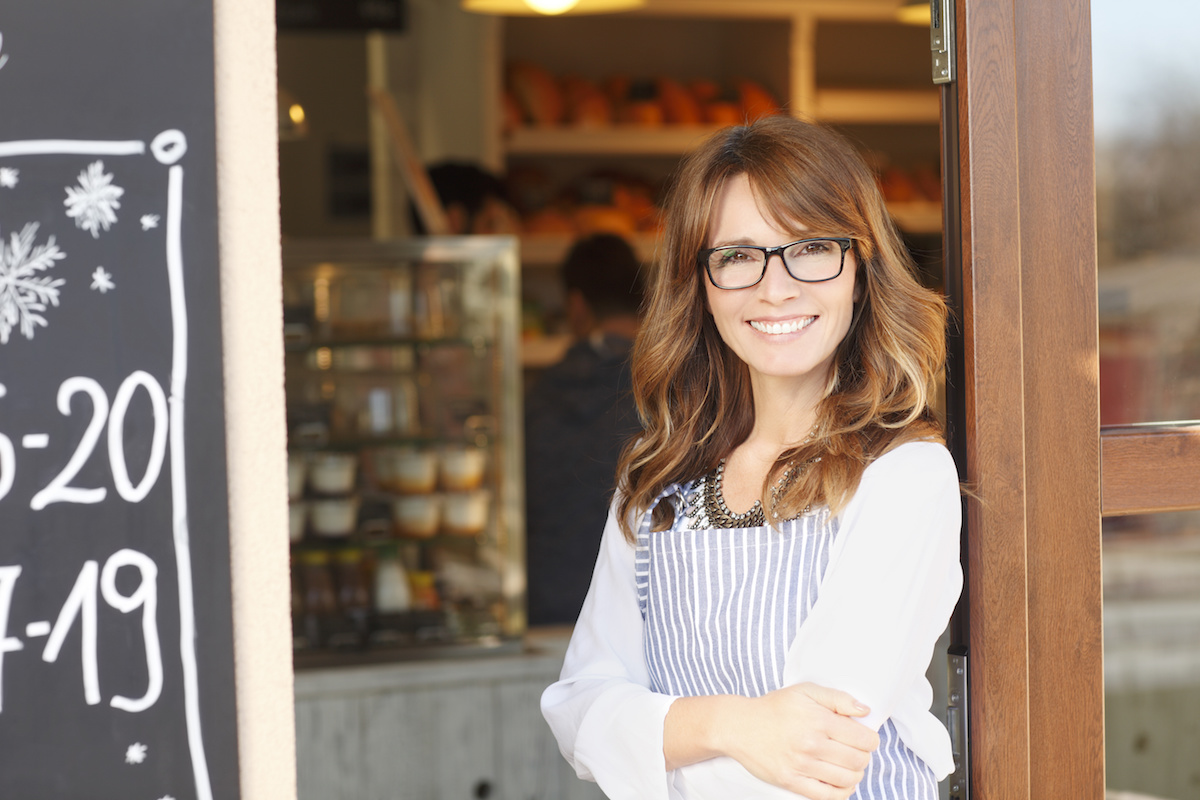 Chances are that you are one of them. Or you plan to be one soon. Or maybe you are married to one? Mompreneur, fempreneur or woman entrepreneur:

Women business owners are on the rise.

And, according to the statistics, their businesses are thriving.

Who are these women and what kind of business are they running? What are the reasons they are doing it? And why is this even important? Read on, and hold on to your seat. Because your stereotypes might get shattered.

The Myth of the “Mompreneur”

We all know the story of the Mompreneur: Woman becomes mother, quits working and starts her own very small business out of her kitchen, writing a blog, knitting jumpers or baking cookies. The business grows, her happiness and sense of fulfilment does, too, and all is well.

This story is a myth, and a very misleading at that: It is true that many women business owners state that they started their business to be able to work (and thus have an income) while raising children. But this is only half the truth.

True, business owners have more flexibility over their own schedule – but the so-called Mompreneurs need to put in at least as many hours as childless female or male entrepreneurs. Put it another way: Have you ever heard of a Dadpreneur? No. Because business-owning Dad is just a regular entrepreneur.

So why should we even talk, read and write about female entrepreneurs? Does entrepreneurship have anything to do with gender? Looking at the numbers, it obviously does – but not the way you would think.

Starting a business is easy, but running a sustainable business is hard work. And, statistically speaking, women seem to be very good at it. As of 2015, 31 % of small businesses, and 9.1 million firms (small and large) are owned by women in the U.S. From 2012 to 2014, the number of female businesses has grown by 7% worldwide, closing the global gender-gap by 6%, says the GEM Special Report: Women’s Entrepreneurship.

And between 1997 and 2016, the number of women business owners has grown by a whopping 54 percent in the U.S., according to The State of Women-Owned Businesses 2016, a study commissioned by American Express OPEN.

The Success of Women-owned Business

Still here? Good. Because here comes the big surprise: While overall employment numbers have declined by 1.2% between 2007 and 2012 in the U.S. and only the very largest firms are growing economically, employment in women-owned firms has actually grown all over the spectrum – by no less than 18%.

Impressive, isn’t it? While unemployment numbers tend to go up and many smaller businesses need to scale down, women business owners have actually created jobs. A lot of them. At the same time, revenues of women-owned businesses have increased by 35% since 2007, at rate that is 30% above the national average.

Judging from these numbers, women seem to make a better job of owning and running their businesses, small and large. How come? There seem to be three main reasons for this:

What The Future Holds for Women Business Owners

Women-owned businesses seem to be more successful whatever their size, across all sectors and countries. On average, small (50-99 employees) and non-employee businesses (one-woman shows) are creating more revenue if they are owned by a woman. So far so good.

From the woman running a family and a business single-handedly to the female owners of multi-billion dollar corporations, they all have one thing in common: women in business still are a minority. And usually, they are earning less than their male counterparts. But it seems that change is under way.

Even though statistically women make better bosses, the Gallup study found that a minority of 20% would rather work for a female boss, while 33% prefer a male manager. The good news: the majority of 46% actually has no preference.

This is what I call real gender equality. Because, well, we’re all just humans.