Use the simple zistemo time converter to calculate decimal time to hours and minutes and vice versa. 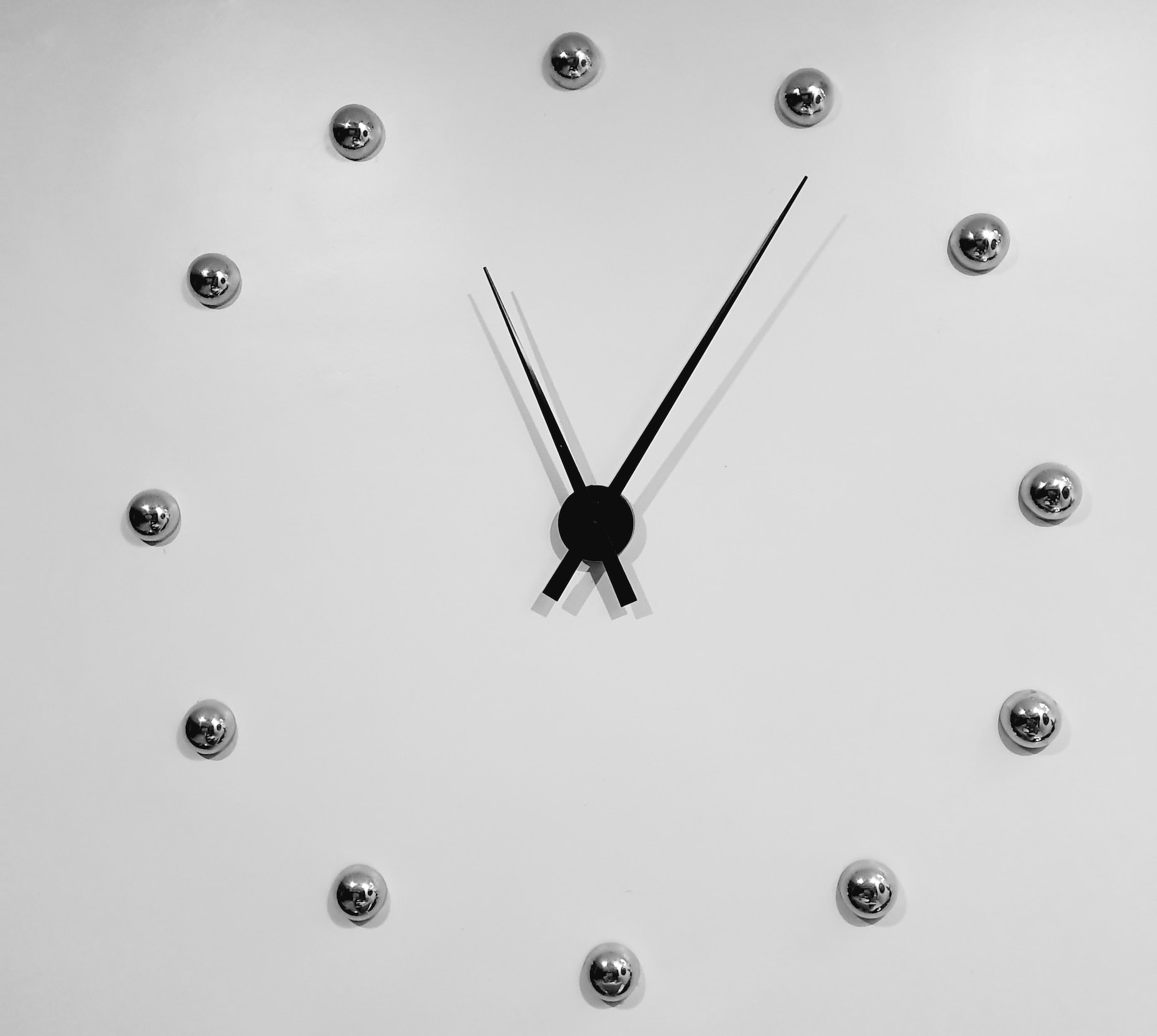 Converting time values is a crucial skill in many fields. There are various types of time units. It is essential to convert them correctly in order to obtain accurate results because mostly it is employee time recorded by a time clock that needs to be calculated.

Time is an abstract concept that describes the progression of events. It can be measured using various units such as microseconds, milliseconds, seconds, minutes, hours, days, weeks, months and years. The ability to convert these units is essential to accurately represent and compare time in different contexts.

There are several formats for displaying hours and minutes

The 12-hour time format represents hours within a range from 1 to 12, with a clear distinction between morning and evening. For instance, 14:30 in the 24-hours time format is represented as 2:30 PM. This format is widely used in the United States and Canada in daily life and casual settings. To show a difference between morning and evening the 12-hour format is using AM and PM. AM means Ante meridiem and indicates the time is before noon while PM stands for Post meridiem and shows that a time is after noon. The main weakness about the 12-hour time format is how to indicate noon and midnight, neither moment can’t be identified logically as before noon nor after noon. However, most digital clocks showing midnight as 12:00 AM and noon as 12:00 PM.

The 24-hour time format, also known as military time, represents hours within a range from 0 to 23, without any distinction between morning and evening. For instance, 14:30 is represented as 14:30. This format is commonly used in scientific, medical, and military contexts, as well as in many parts of Europe, Africa, Asia and the Middle East.

Table of minutes and decimal time


The following table lists the minutes in the time format with the respective decimal values as a conversion chart.


Decimal time is primarily used in fields that require precise timekeeping, such as science, technology, mathematics and engineering. However, it is important to note that decimal time is not widely used in everyday life and is less common compared to the traditional 12-hour or 24-hour clock formats.

Since we started using zistemo, we have much less effort for time and expense tracking

You won't find more value for your money

Zistemo is the best thing that could happened to us

Proximity to the user and always an open ear for improvements

We really couldn’t ask for a better invoicing solution!

With better business intelligence, we can offer better and more efficient services

Of course, there are many units and formats for times, but the ones mentioned above are the most common. Let's consider how does the time conversion work specifically to convert decimal hours to other time formats with hours minutes and seconds.

How do I calculate decimal time?

Converting hours and minutes into a decimal number is not complicated and almost no calculator is needed. The time zone doesn't matter because the decimal system always represents a duration and not a specific point in time. The formula for this is:

Number of minutes/60 = Conversion of hours and minutes to decimal

Converting a small unit of time into a larger unit

When converting hours to days, the process is different. The number of hours must be divided by 24 as there are 24 hours in a day.

Converting a large unit of time into a smaller unit

To convert a large unit of time into a smaller unit, the conversion factor must be multiplied. For example, to convert hours to minutes, the number of hours is multiplied by 60.

Development of the 24-hour time format

The system of dividing a day into 24 equal hours, each hour into 60 minutes, and each minute into 60 seconds, has its roots in ancient civilizations of Egypt and Greece. Throughout history, this system has been refined and developed further. In its earliest forms, the day was divided into 12 hours which were used to measure both daytime and nighttime. Later, these 12 hours were divided into smaller units of time. The ancient Romans advanced this concept by basing it on the position of the sun, allocating 12 hours for daylight and 12 hours for nighttime.

As clock-making technology advanced during the Middle Ages, more precise clocks were created, resulting in more accurate timekeeping. The invention of pendulum clocks in the 17th century, followed by the development of spring-driven and quartz clocks, greatly improved the precision of measuring time units.

The origin of the decimal system

The decimal system is a number system that utilizes 10 digits, from 0 to 9. The reason for its creation is likely due to the fact that humans have ten fingers which made it more convenient for them to work with a number system based on 10. Some scholars argue that it was used by ancient cultures in different parts of the world, while others suggest that it was developed more recently.

A decimal number of hours allows time to be expressed as a fraction of a day, enabling mathematical comparison, data analysis and calculations with other numerical values. For example, calculating the duration between two specific points in time in hours or minutes. Representing time in decimal format simplifies the process of calculating the difference between values and eliminates the need to convert them into hours and minutes. Additionally, the decimal format is more convenient to present and analyze time data in tables, charts and graphs.

The 12-hour or 24-hour format is the most commonly used in daily life, as it provides a clear and convenient way to express a specific time. To perform mathematical calculations with time, it is recommended to use decimal hours, which requires converting units. The process of converting time is not uncommon and similar to converting other units of measurement such as weight or length. There are various online calculators available, such as the one on this page for converting minutes to decimal time, which can assist with the conversion process. Often they are referred as a duration calculator or hours calculator. The key to achieving a successful conversion is using the correct conversion factors and having a thorough understanding of the units being converted.

Instantly determine the total time worked on a project. Keep it simple and professional. Work smarter, not harder!

We use cookies to provide and improve our services. By using our site, you consent to cookies. More info...