How can we help?

With zistemo, you can choose a default font for all your documents in Settings/Preferences/Defaults.

By default the default font is Open Sans. Please not that Open Sans don’t support all languages, for e.g. Chinese, Japanese, Hebrew characters you might choose another font. Same is for currency symbols.

It might be that documents using not Open Sans font are quite big. This is because we embed the font into the file since it is not supported on all operating systems (Windows, Mac OS, Ubuntu) but you client should be able to read the invoice/estimate you sent.

Also, you can support several different fonts in one account – just change the font of your custom template. Do it in “Settings” -> “Stationery templates” -> open template (click the “Edit” button) and change the font in the right menu. 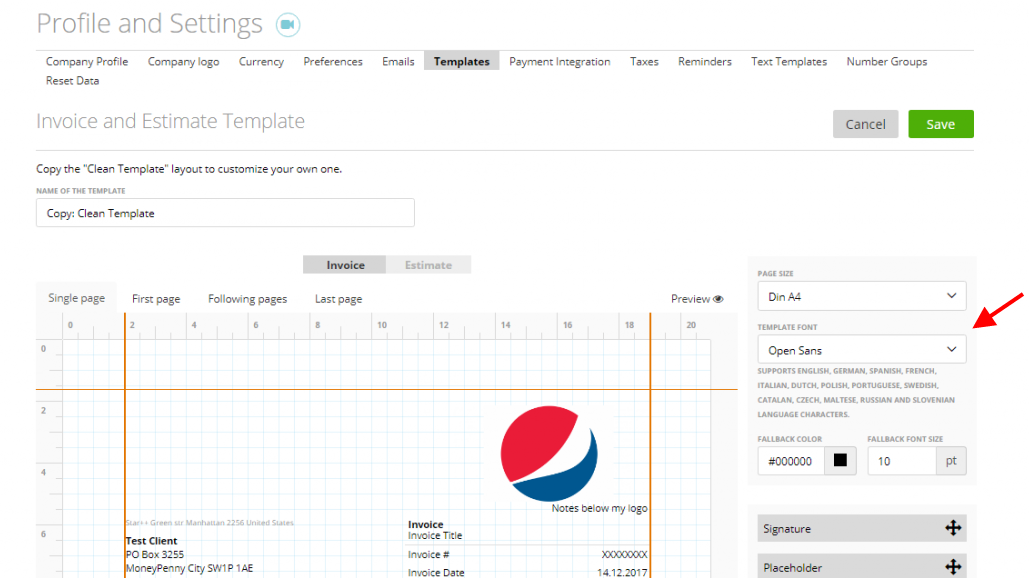 This font will be applied to all Invoices or Estimates where you use this template.

On zistemo we have the most common used fonts already in the system. If you have an enterprise subscription you can also import own fonts and use them on documents. More here

Below you can find the zistemo default fonts and which languages/characters they support. Might be that your language is not listed here. If you are unsure if your language is supported by a font, please contact our customer support.

We recommend this font for Hebrew language.

We recommend this font for Chinese language.

We recommend this font for Japanese language.

We recommend this font for Korean language.

Learn the basics of using zistemo with one of our product experts or book a private screen sharing to discuss your questions.

Book a meeting Chat with us →